This is another example of a modern song that is born out of the difference between the classic “now and not yet”–the idea that things of the world now are not as they should be.

This song is written by Aaron Boyd of the band 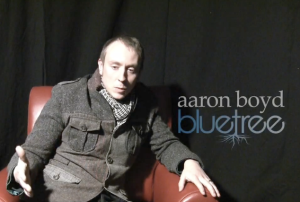 Bluetree from Belfast, Ireland. It has been made popular by Chris Tomlin and other worship leaders, but knowing the song’s context for me gives more meaning (see below for link). I prefer the stripped down, simpler version of this song for worship settings. (My general preference is for simple, congregationally driven worship songs/hymns.)

For me, the “city” in this song is more than just a single city, locality, or nation–it is the City of God that St. Augustine wrote about in the 5th century–it is a city of God’s people doing God’s will. That is what the kingdom of God looks like and that is what Jesus’ ministry began: the coming of God’s Kingdom. As Christians, we work together with all of God’s people to bring about the Kingdom of God– a place where broken people are made whole, hope is given to the hopeless, and God’s grace abounds.

The story (& a much better recording) of the song is here.

The Digital Ministry Summit // Church Cinematography + Storytelling
So much to think about after hearing the @digivangelism interview with @djsotolive about Virtual Reality Church🤯
“We have to figure out how do we get into the spaces that people do have time that they are filling with content — that they are looking and searching for help and what they need.
Also, did I mention how exciting these lineups are?!?
@digivangelism exists to “help progressive leaders of spiritual communities share hope, healing, and light online!”
The Digital Ministry Summit STARTS TODAY!