In thinking about preaching this year on Good Friday, the idea came to me to create a minor-keyed arrangement of the classic hymn “In the Garden (I come the Garden Alone).” 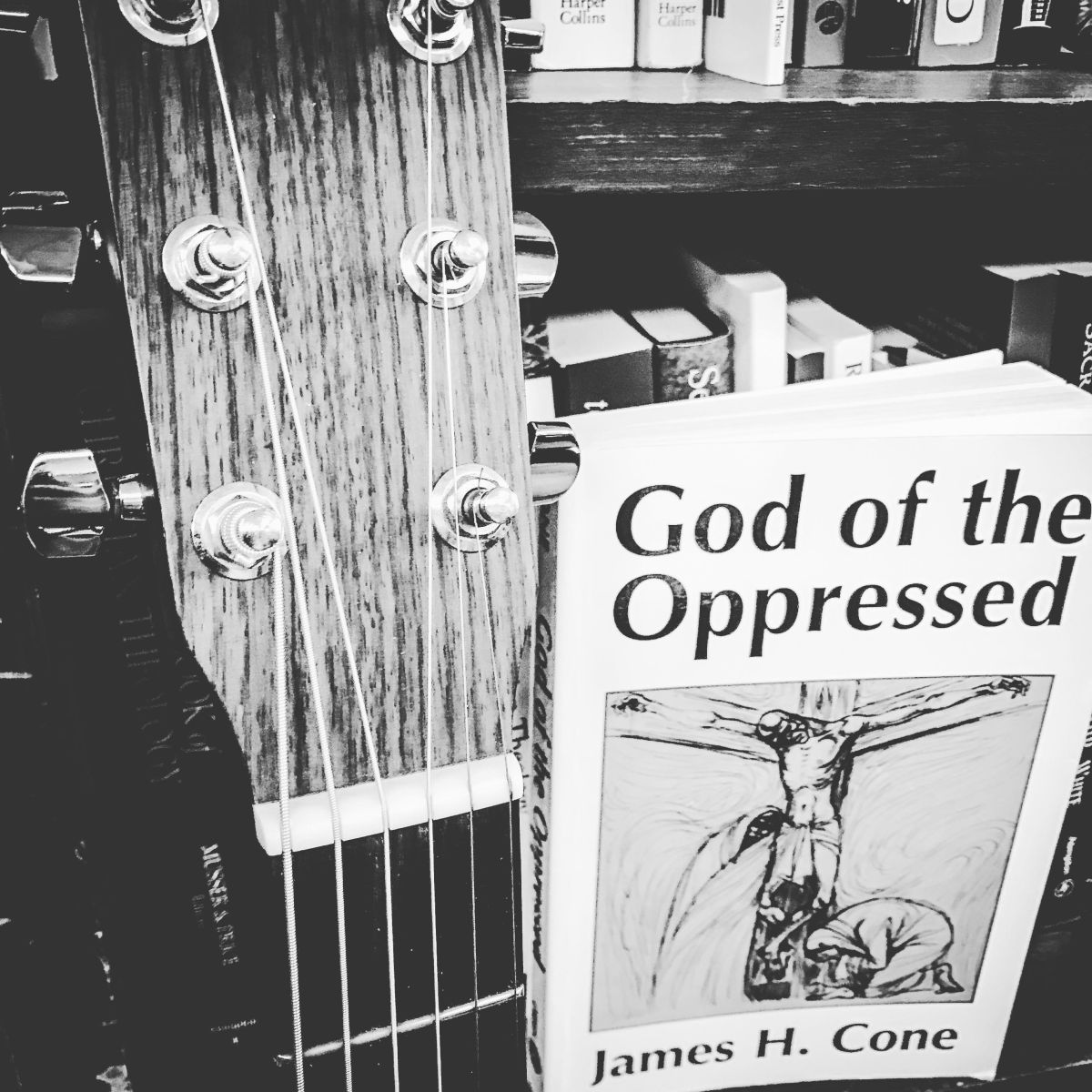 So often the music and key of a song can greatly impact the words and meaning. After all, “the medium IS the message” and the WAY we communicate deeply influences WHAT we are trying to communicate.*

In thinking about preaching this year on Good Friday, the idea came to me to create a minor-keyed arrangement of the classic hymn “In the Garden (I come the Garden Alone).” This much beloved (and yet also critiqued as being over sentimental or potentially romantic**) hymn from C. Austin Miles was composed in 1912 and made it into our United Methodist Hymnals soon thereafter.

This re-arranging of this hymn text is heavily influenced by re-imagining the text as written about the Garden of Gethsemane (in Matthew 26:36-46) instead of the resurrection garden encounter (in John 20:11-18) and is also influenced by Black Liberation theologian James Cone‘s God of the Oppressed. Placing this hymn tune’s normal major progression in G C D into and Em Am Bm minor progression and adapting the melody leave it with a haunting, appropriate sense of what it means to sing about being with Jesus in the Garden of Gethsemane that fateful night just before his arrest and subsequent crucifixion. Here is a rough version of the chords written out.

In the Garden (of Gethsemane) from joseph mcbrayer on Vimeo.

I’ll be singing and preaching more about this hymn at the Emory Office of Spiritual and Religious Life Good Friday service April 14th, 12noon at Cannon Chapel, Emory University.

how to get better mobile phone video // In this video I share a little bit about how I get better mobile phone video with a few tips and practical demos.
excited for Sunday @ogumc with 10.45 Modern & 11am Traditional services online at http://YouTube.com/ogumc.
a great day to be in worship together outdoors and live streaming @ogumc! Thx @the_eric_osgood for the hello video switching the the AV booth!
My BlackMagic Pocket Cinema Camera 6K Rig 🎥🔥💪🏼 // going from handheld, to gimbal, to maxed out (with only a screwdriver)!
Lent Devotional for this week from Oak Grove UMC (with our favorite neighborhood hawk perched on the *very* top)
NEW BEHIND THE SCENES VIDEO UP: “Cinematic Lighting for Filming at Church”