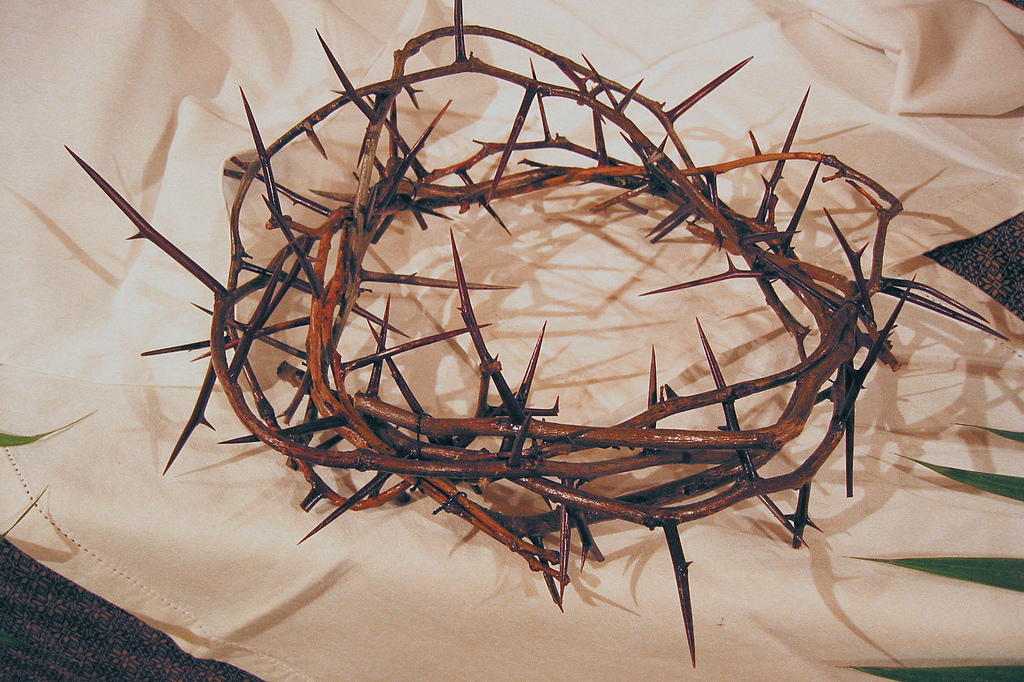 This passion hymn details the crucifixion story of Jesus and focus on the head of Christ. The words for this medieval hymn come from an anonymous 11th/12th century latin text that is thought to be written either by Bernard of Clairvaux or (more likely) Arnulf of Louvain. The text for O Sacred Head is from the last in a cycle of poems written about the wounds of Christ during the crucifixion (feet, knees, hands, sides, breast, heart, and head).* The hymn’s text pulls from images of the crucifixion as found in Matt 27:27-31, Mark 15:16-20, & John 19:1-5 where a crown of thorns is fashioned and placed on the head of Jesus by the guards who are beating and mocking him. It is a classic Lenten hymn and is used frequently on Maundy Thursday and Good Friday during Holy Week.

The hymn tune comes from Hans L Hassler (1601) and the harmony is by J.S. Bach and comes from his St. Matthew Passion, 1729. However, the tune and text were first matched together by Lutheran musician Johann Crüger in 1656. It later was included in several hymn collections and made its way into western Christianity’s hymnody.*

In the recorded version below I take some license with the musical arrangement and with the meter of the phrasing in this wonderful and ancient hymn of the western church. It can be found in the UMHymnal #286.